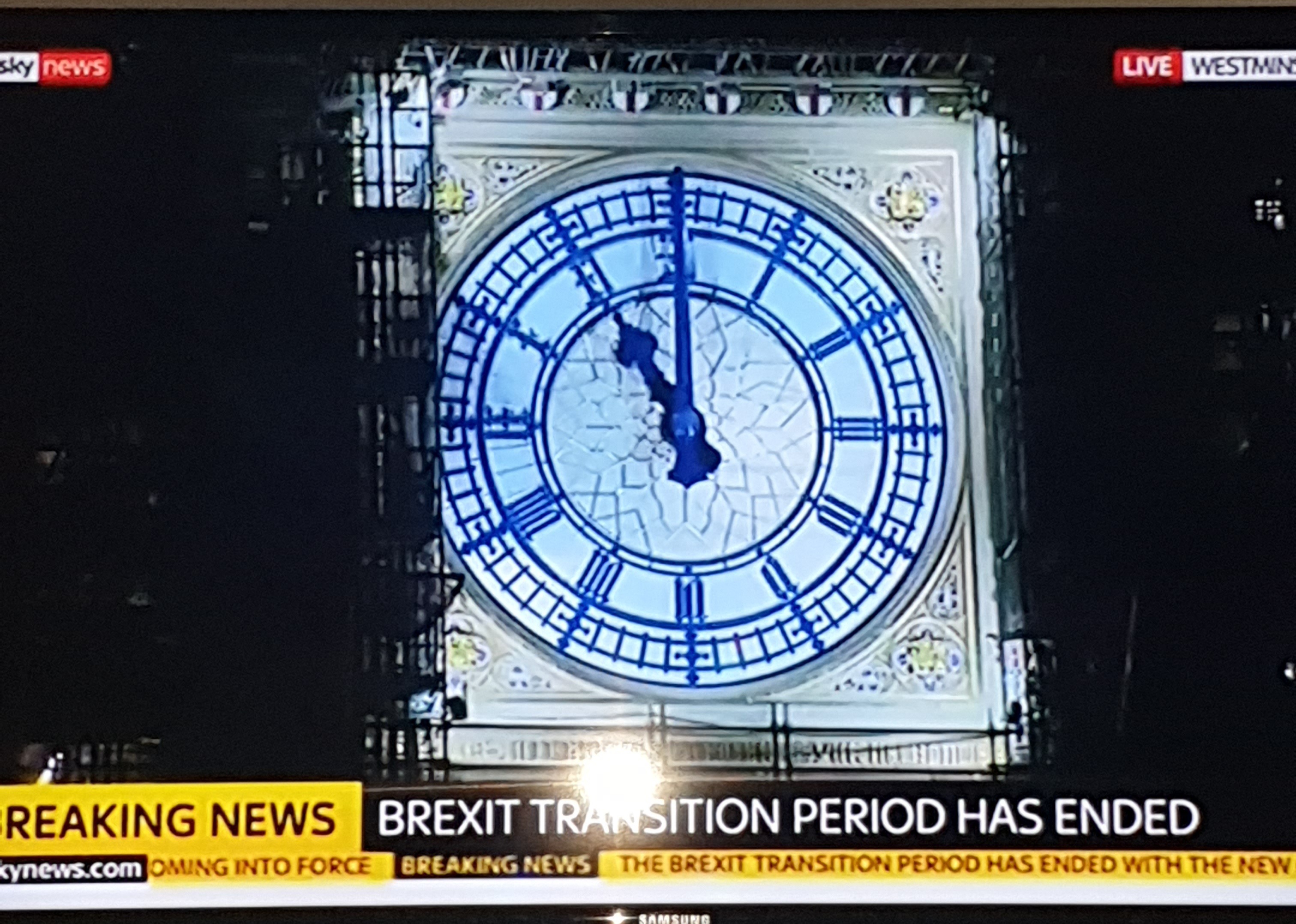 – As the clocks struck 11.00 PM  on New Years’ Eve of 2021, a new era of Immigration, Trade, and general political realms emerged, while an old order was farewelled.

The change – BREXIT- an independent United Kingdom, takes back its own rules and bows down to noone, with all the advantages and disadvantages that this may bring. A democratic referendum was respected and 51% of the people of Britain chose to leave the European Union and stand alone. 1st January 2021, history started to take effect.

Although BREXIT was already an issue since the 2016 referendum, and while, throughout 2019 the UK and the EU have be in a so-called “transition period”, thereby enabling each other’s nationals to enjoy visa-free status and other “border-less” freedoms enjoyed prior to the referendum, such freedoms have now become a thing of the past as BREXIT has officially started.

Furthermore, over the past few months the UK Government has been in continual dialogue with it’s EU neighbours and trade partners to resolve their trade issues and attempt on getting a “soft deal”.  Such a deal was finally brokered on 24th December, 2020 – an early Christmas present for all parties involved.

The includes the following issues:

There will be no taxes on goods (tariffs) or limits on the amount that can be traded (quotas) between the UK and the EU.

Some new checks will be introduced at borders, such as safety checks and customs declarations.

There are some new restrictions on certain UK animal food products. For example, uncooked meats like sausages and burgers can’t enter the EU unless they are frozen to -18C.

What does that mean?

Having a deal in place means that the fear that some goods could become more expensive has been avoided.

However, businesses will still need to prepare for new procedures at ports, and if new paperwork is incomplete, it could lead to disruption.

Businesses offering services, such as banking, architecture and accounting, will lose their automatic right of access to EU markets and will face some restrictions.

There will no longer be automatic recognition of professional qualifications for people such as doctors, chefs and architects who wish to work in UK with a foreign European qualification.

Rather than following one set of rules for the whole of the EU, UK businesses will need to comply with the regulations in each individual country. (There are 27 other countries. )

It will be harder for people with qualifications gained in the UK to sell their services in the EU.

Individuals will need to check each country’s rules to make sure their qualification is still recognised.

However, the UK and EU have pledged to keep talking to try to improve access for the service sector in the future.

UK nationals will need a visa for stays of longer than 90 days in the EU in a 180-day period.

UK citizens can no longer work in any European country without applying for a work permit.

UK citizens can no longer study in any European country without applying for a student visa.

Pet passports will no longer be valid. Pets will still be allowed in the EU, but it will be a more complicated process as owners will need to obtain an animal health certificate for each trip they make.

The UK is no longer subject to the ban on additional roaming charges, although both sides will encourage operators to have “transparent and reasonable rates” for roaming. UK mobile operators will be able to charge for roaming, so people should check with their mobile phone company before travelling.

You can find all the details regarding the new Deal here: https://ec.europa.eu/info/relations-united-kingdom/eu-uk-trade-and-cooperation-agreement_en

So, what are the effects of EU families already living in the UK?

EU nationals – and their families – who are already living in the UK, who have not already applied to the EU Settlement Scheme, need to do so by 30 June 2021.  This scheme allows for all those EEA citizens and their respective spouses/family members to enjoy their current legal status as lawful residents with full working rights.

It needs to be added though, that if an EU citizen has successfully applied and been granted Pre-settled status, they will be considered having Limited Leave (i.e. not permanent residents) and will need to apply for Permanent status after having living in the UK for 5 years; while those who have already been living in the UK for 5 years, they may apply for Settled Status, thereby being considered Permanent residents (ILR).

No longer any Freedom of Movement between UK and Europe

The policy of Free Movement will cease to exist, thereby enforcing the newly established border and Immigration controls.

EU citizens will no longer be able to freely work, study or live in the UK without applying for a visa prior to entry.  EU citizens will now face the same scrutiny as any other worldwide citizen and there will be no discrimination between a French foreigner, a Chinese foreigner or an American foreigner. All foreigners will need to abide by the new UK immigration rules 2021.

As of December 1, 2020, the UK Government put in place a Points-based immigration system to help establish a new Visa Immigration scheme for Europeans and other nationals, as one.

EU citizens moving to the UK on or after 1 January 2021 will need a visa to be able to work. The same goes for other European Economic Area nationals and Swiss nationals.

The annual cap on skilled workers entering the UK has been suspended. This means that, for the time being, there will no longer be a limit on the number of migrant workers who can come to the UK under this category each year. This may be subject to review by the government at a later date

The Resident Labour Market Test has been abolished, but Sponsors still need to demonstrate a genuine need for the role in question and that the migrant they wish to sponsor has the necessary skills, qualifications and experience – Do you really intend to employ this foreigner and why?

The overall minimum salary threshold has been reduced, although the role will still need to meet the ‘going rate’ for the relevant job, if higher. This will permit UK employers to offer lower salaries to attract foreign workers.

There is scope to earn extra ‘tradable’ points for those earning below the minimum threshold/going rate for their role, where an applicant is offered a job in a specific shortage occupation, they hold a PHD relevant to their role, or they are deemed to be a ‘new entrant’.

The cooling off period no longer applies and it will be easier to switch into this route from within the UK such as Tier 2 ICT used to have.

“DEFINED” CoS has replaced the old term known as ‘Restricted’ CoS for Entry Clearance applications – but the process is quicker with requests typically being processed daily rather than monthly as before.

Existing ICT visa holders will be able to switch into the Skilled Worker route from within the UK, providing a route to settlement (also known as ‘Indefinite Leave to Remain/ILR’).

The cooling off period has been relaxed to allow a migrant to hold Intra-Company Transfer status for up to five years in any six year period.

There is now a single high earner threshold of £73,900 that provides an exemption from the requirement for 12 months previous overseas employment and which allows a migrant to hold Intra-Company Transfer status for up to nine years in any ten year period.

This is really a historical time for immigration and will create many opportunities for Britain and many exciting opportunities for non Europeans who will now be more interested to come to the UK and contribute their skills because there are less competition in their European counterparts.