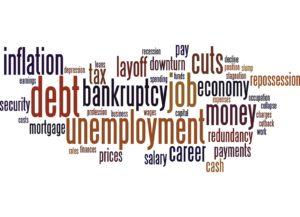 changed the way the American people live. A once thriving and all powerful economy is at its brink while people are isolating at home, social distancing and where the employment statistics have reached 22 million unemployed Americans.

Drastic immediate measures need to be taken to protect the US Economy and places of work for the American breadwinner who needs to feed his family and pay his rent. On March 13th 2020, President Trump declared the situation a “National Emergency”, backdating his decision to March 1, 2020. With fear of a downward spiral to the economy the President and his administration have decided to implement temporary changes regarding immigrants arriving in the USA.

The US has always welcomed a thriving immigration system that brought in skilled, knowledgeable workers and those wanting to invest in the American workforce. However, due to the virus, a peak in domestic unemployment created a high demand for labor for those who have lost it all. Furthermore, US citizens, according to Trump’s administration, must remain a priority for the State Department and the resources of Consular Officers should not be spread thin.

Trump’s administration has taken into consideration that the United States will face a hard economic recovery if US workers are not prioritized when labour supply eventually becomes available. The US economy must ensure that those who are usually part of a disadvantaged group are not replaced by employees from abroad to avoid the burden of excess labor supply disproportionately.  Foreign immigrants, upon entrance to the USA, are granted the opportunity to work in any field, job or in any sector they wish. Therefore, this leaves those unemployed Americans having to compete for jobs with foreign immigrants.

To consider adding more permanent resident immigrants to the already drowning economy and healthcare would dissipate the remaining resources in a time when Americans should not be anxious about being replaced or left behind.

With 30 million unemployed US citizens, the country is in an absolutely dire economic crisis and the steps to prevent foreigners from taking American jobs is prevented by stalling the arrival of Immigrants. Hence, President Trump determined that the entry, during the next 60 days, of immigrants who were approved the Green Card through an Employment based petition, and are still outside the US today would be detrimental to the interests of the United States economy.  He therefore Proclaimed:

(iii)   do not have an official travel document other than a visa that is valid on the date the proclamation was declared or issued on any date following that permits the travel to the United States and seeks entry or admission.

Section 2 also focuses on the suspension and limitation on entry mentioned above  which are non-applicable to aliens who:

(i)       any lawful permanent resident of the United States;

(ii)     any alien seeking to enter the United States on an immigrant visa as a physician, nurse, or other healthcare professional; to perform medical research or other research intended to combat the spread of the virus (Covid-19); or to perform work essential to combating, recovering from, or otherwise alleviating the effects of this outbreak, and any spouse and unmarried children under 21 years old of any such alien who are accompanying or following to join the alien;

(iii)     any alien applying for a visa to enter the United States pursuant to the EB-5 Immigrant Investor Program;

(iv)   any alien who is the spouse of a United States citizen;

(v)   any alien who is under 21 years old and is the child of a United  States citizen, or who is a prospective adoptee seeking to enter the United States pursuant to the IR-4 or IH-4 visa classifications;

(vi)    any alien whose entry would further important United States law enforcement objectives, based on a recommendation of the Attorney  General or his designee;

(viii)  any alien seeking to enter the United States pursuant to a Special Immigrant Visa in the SI or SQ classification, subject to such conditions as the Secretary of State may impose, and any spouse and children of any such individual; or

Section 3.  involved the Implementation and Enforcement of the proclamation.

It first gives  the consular officer the right, in his/her discretion, to state whether an immigrant has established his/ her eligibility for an exception in section 2(b) of the proclamation.The Secretary of Homeland Security shall implement this proclamation. It then looks at aliens who avoid the application of the proclamation through fraud, willful misrepresentation of a material fact, or illegal entry  and the enforcement regarding their removal by the Department of Homeland Security.

Finally it emphasizes that the proclamation does NOT limit those seeking asylum, refugee status, withholding of removal, or protection under the Convention Against Torture and Other Cruel, Inhuman or Degrading Treatment or Punishment, consistent with the laws of the United States.

Section 6. focuses on Additional Measures. The proclamation states that within 30 days  following the effective date, a review of non-immigrant programs shall take place by  the Secretary of Labor, the Secretary of Homeland Security and the Secretary of State. They will then offer recommendations in regards to the appropriate measures needed to give a reboot and a spark to the United States economy and ensure the prioritization, hiring, and employment of United States workers.

Section 7. mentioned the Severability. The United States will enforce the proclamation to the maximum extent possible for the interests of America.  Therefore if any section of the proclamation, or the application of the provision, is held to be invalid, the remainder of this proclamation and the application of its provisions will not be affected; and if it is held to be invalid because of the lack of procedural requirements, the relevant executive branch officials will implement those procedural requirements to conform with existing law and with any applicable court orders.

Section 8.  Reviews the General Provisions, whereby it focuses on the fact that the proclamation will not affect the authority granted by law to an executive department or agency, or the functions of the Director of the Office of Management and Budget relating to budgetary, administrative, or legislative proposals. It is to note that the proclamation will be implemented consistently with applicable law. Moreover, it is not intended to, and does not, create any right or benefit, substantive or procedural, enforceable at law or in equity by any party against the United States, its departments, agencies, or entities, its officers, employees, or agents, or any other person.

This was signed by the President of the United States of America on the 22 of April 2020. It was brought forth in order to try and protect the people of America during this outbreak of Covid-19 following a disastrous effect on the US economy and the world economy. Mr. Donald Trump and his administration believe they must give first priority to US citizens before non immigrants or those in the process of immigration who would likely sque the balance between the supply and demand of jobs once the economy re-opens.

Please contact DRSI LAW Offices for any further questions on this issue.

The Impact of COVID-19 on the U.S. Citizenship and Immigration Services